Traditional Japanese martial art of Aikido Yoshinkan, an effective means of self-defence as taught to the Tokyo riot police force. Yoshinkan Aikido is perfect for all ages, male or female, beginners or advanced. Contact: Sensei J.S.Hall via email or phone: genkisan@hotmail.co.uk Web: www.europeanaikido.com ... ...

Aikido Yoshinkan is one of the four original styles of Aikido that the founder approved his students to go out and teach to the world. It is a style that encompasses what is often described as the &#39;hard&#39; form as retains elements from the samurai arts with practical applications of martial arts. It is also based on the foundation of peace. Aikido is unique in its ultimate desire to propagate peace throu the art and relies on an attack to create the energy of techniques. This in itself results in Aikido not being a destructive art, but rather one that makes the enemy your friend. It looks to avoid conflict not only in a physical sense, but also in ones life.

A world without war

O&#39;Sensei, the founder of Aikido once said that if everyone practiced Aikido there would be no war. A bold statement maybe but a statement that takes you to the essence of Aikido. Aikido is ultimatley about blending with an opponents power, by harmonising in this way you can use the attackers power against themselves and control their agression. This concept does not just stop at the physical but extends into our social lives. The longer you practice Aikido the less conflict you find in your life and in fact the less you wish to conflict with people. Extrapolate this result out and imagine how this would improve the way we all are in the world.... A nice thought, isnt it.

Although the association has now been operating since the mid 70s the Milton Keynes club opened its doors in June 2008. I am proud of the membership and hopeful that within that time we have improved the lives of many people.

Yoshinkan is a specialised form of Aikido and is a pure self defence martial art that believes in strong social ethics combined with the development of a true martial art.

Aikido Yoshinkan (Taidokan) Milton Keynes
Yoshinkan is a style of aikido meaning 'House for Cultivating the Spirit'. It was founded after World War Two by Soke Gozo Shioda.

Aikido is primarily derived from Daito-Ryu Aiki-Jujutsu. It is said that Daito-Ryu was founded 800 years ago by Shinra-Saburo Minamoto no Yoshimitsu. The Kai Genji Takeda Family (one of the Samurai local rulers) preserved Daito-Ryu as a secret martial art within the family. Nobody knew even the name of this martial art until Sokaku Takeda Sensei began teaching the art outside of the family in the late 19th century.

I went along to Aikido not expecting much, I had tried more passive, technical martial arts before but haven't got on with them as my passion lies in Muay Thai. However, within a couple of weeks of going I had brought a gi and found myself eagerly awaiting next weeks lesson. There was something very welcoming about Sensei Hall's class, no one was turned away or made to feel like they were unwelcome and all were encouraged to do what they can but not pressured to do any more. Unfortunately, due to other commitments I am unable to comtinue with this class, but as soon as my circumstances change I'll be back again.

Just had to say something about this club. I love the atmosphere at this club... friendly & welcoming. A damn good work out and its an amazing martial art!!! Why is it so unknown??????

Went to club for the first time last week and thoroughly enjoyed it. Would recommend to anyone looking for a decent martial arts club... Can't wait until next Tuesday!!!

Yoshinkan is THE martial art

I've trained with Sensei Hall in Hatfield and find him an excellent instructor. Not sure I can get to Milton Keynes, but maybe some time in the future :-) 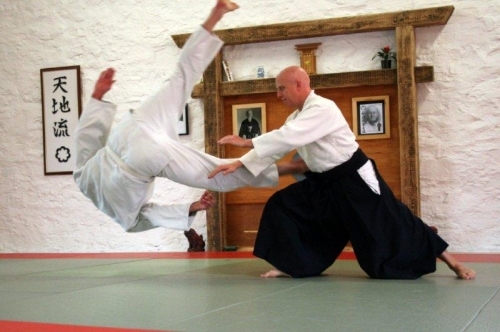 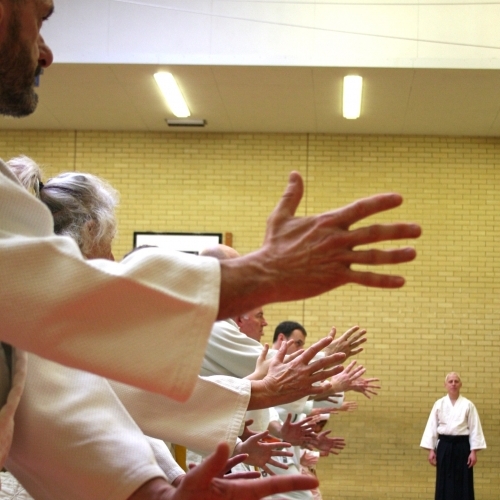