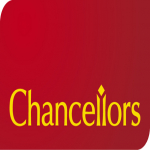 This largely affluent suburb is located in the Borough of Harrow, just 10 miles north-west of central London. It is dotted with small restaurants, cafes, public houses and boutique shops, and its extensive residential areas are characterised by its many tree-lined streets. Common results from a Stanmore property search include Georgian houses and cottages, large 1920s detached houses, 1930s detached houses and bungalows, and modern flats built over the past 20 years.
Stanmore is popular with families thanks to the proliferation of quality schools. St John's, Aylwood, Stanburn and Whitchurch are well-respected primary schools, while a number of esteemed private schools - including Haberdashers'-Aske's and North London Collegiate School - are located nearby.
The area is highly attractive to affluent young professionals due to its proximity to central London and the City. Baker Street can be reached in around 30 minutes via Stanmore's Jubilee Line Underground station.