Coach and Bus Hire in Coventry

It wasn't always like this though - Harry Shaw actually started the business in 1951 with a milk float and two milk churns! Milk was not delivered in bottles then - Harry rather delivered it by the jug direct to people's houses.

Things progressed quickly and Harry imported some of the first milk vending machines direct from Chicago, USA, to put into Coventry's booming car factories. Soon Harry was selling more milk than anybody else via vending machines in the Midlands.

From here he rapidly moved into road haulage and sent some of the first lorries from the UK direct to Milan in Italy.

Coaches were next - Harry bought his first coach in 1964 and soon established a name for top quality vehicles. In the ‘60's and ‘70's the business was unique as he renewed his vehicles every 12 months. The coaches were painted sky blue - and again this was unheard of at the time as every other coach was painted green or red! Harry, however, wanted the vehicles to be in the same colour as his milk lorries. It is surprising when you look around now just how many coaches have blue on them! 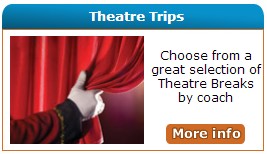 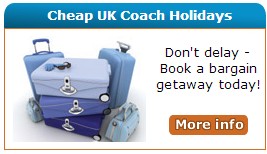