Show me directions to Condensation Cured

Positive Input Ventilation (PIV) has been on the market for over 30 years and is only now starting to make an impact with private homeowners of houses, bungalows, flats and apartments. The best testimony on the effectiveness of the products is how many ventilation systems have been installed in social housing simply to solve the issues of inadequate ventilation leading to condensation, mould and damp problems - it is over 500,000 homes and rising each year.

The social landlords rely on PIV for one reason - cost, effectiveness and the speed of this effectiveness. Social landlords were paying out thousands per claim for damage to decorations and possessions and until PIV there was no effective response - to that effect we install over 2,500 PIV systems per year working with over 70 Social and private housing providers.

Condensation is the build up of moist air migrating to cold spots in the home such as windows and external walls - which cause mould growth & damp problems and health issues.

Each person produces 4 pints of moisture per day just from breathing, cooking and washing.

We have all been offered and probably had Free Cavity Wall Insulation and Free Loft Insulation as part of the government incentives to save energy and make your homes most energy efficient - with no consideration to ventilation at the time. Although this is now being considered and discussions are underway with the government and energy assessors many of us are now at a stage where we have literally sealed ourselves into the property and the moist air can no longer escape - and we have condensation forming on windows and walls. Invariably this can lead to mould growth in the home.

The symptoms of mould spores are headaches, dizziness and sickness - as we all know the mould spores can also trigger asthma and other allergies.

Mould loves humidity so once the condensation starts and the mould begins to grow there is literally no stopping it. You can clean it but it will only grow back. Unless the humidity is addressed the condensation and mould will still grow.

Our Positive Input Ventilation (PIV) systems can prevent damp and mould growth in the home and on walls. They work by introducing and circulating the air.

By pushing fresh, filtered air gently into the home and individual rooms it doesn't allow the stale air to settle. You now have constant air movement and the air will be exchanged up to 40 times per day.

Radon is a naturally occurring colourless and odourless radioactive gas.

Known as the silent assassin it is the 2nd biggest cause of lung cancer in the UK alone and anyone exposed to it is at risk of lung cancer.

Some areas of the UK are renowned for being Radon hotspots but increasingly we are finding homeowners contacting us after they have tested in excess of 200 bequerels which is the government action level for Radon gases in their houses and homes.

Leave your review of Condensation Cured 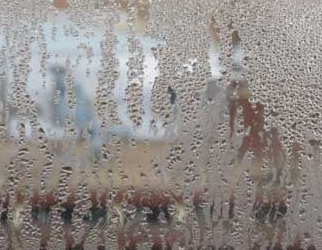 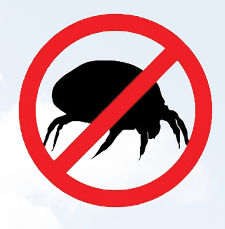