Do NOT use Heritage Plastics EVER - my flat roof now floods badly every time it rains and is hardly ever dry. They promised to send someone round to look several times but never did. They also left ladders and old downpipe material the day the work was 'finished' and never collected it. YOU HAVE BEEN WARNED!

I had Heritage to quote for a flat shed roof in October 2012, to be fair the quote was reasonable. The roof was installed shortly afterwards. Upon inspection I found the job to be unsatisfactory so they altered it, still it was unsatisfactory so they arranged to come back but didn't. Four phone calls, two missed appointments and two months later they re-did the job to a very average standard. Several days later the roof was leaking. After dozens of phone calls, seven lost days from work for appointments they didn't keep, intervention from Sandwell Trading Standards and two threats of court action and eight months later the job has finally been done to a decent standard. Fingers crossed it doesn't leak or I'm back to square one. I did receive a letter from them but sadly no apology, the envelope was hand written with my name and postcode scrawled across it. The letter was undated and unsigned and written in what can best be described as primary school English, clearly pride in their company is as lacking as their professionalism. I found the whole episode to be stressful and a complete waste of time, given the time I have wasted in missed appointments I could have done the job myself and saved &pound;1750 and countless grey hairs. Do yourselves a favour and give these jokers a wide berth.

Your team has recently replaced the roofline for us. We just had to say how pleased we are, not only with the price and standard of work, but with the fact that the job was completed inside 2 days in less than ideal weather conditions. We really didn't expect to see your fitters at all last week. This is the 2nd job you have done for us and we couldn't be more pleased with either of them. We wouldn't hesitate to recommend you to anyone who showed an interest. Many thanks

I have recently had my soffits, fascias and guttering fitted and am over the moon! From start to finish everything went really smooth. My mother was there when the surveyor came but she said he was on time and very efficient. The fitters arrived early morning and i was amazed how quick and professional they worked. The quality of the materials is exceptional and the craftsmanship outstanding. When i look at our before and after photos it amazes me how different it is and how much of a difference it has made it! It&rsquo;s an absolutely fantastic job. We would definitely use your services again in the future. Thanks Emily Madsen Cannock 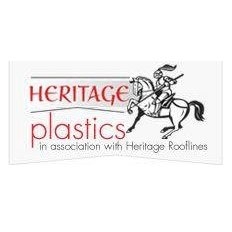