I only have praise for Lynx Black Belt Leadership Academy. The martial Arts school has outstandingrecommendation, true professionalism and award winning martial arts tuition.Within the Doncaster and Retford school there is so much respect for each other, its surroundings andcore beliefs. Their "can do spirit" is just what you need for any child toachieve great things and you can see this happening with awards, certificatesand achievements.My son is currently training at Lynx Black Belt Leadership Academy and will be graduatingfor his black belt soon. He was recently invited to a martial arts kid&#39;s partyat another school in Doncaster. As a parent I was intrigued to see and take alook- as I had nothing to compare my son&#39;s martial arts school and training to.After viewing what can only be described as a slightly aggressive andunprofessional approach to martial arts. It was quite shocking to see how twomartial arts schools in the same area could run so differently.It only confirmed what I knew to be true in the first place, that I had most definitelybrought my son to the best martial arts school in the area. My option is if youwant the best for your child - then they train with the best.All Instructors and students train in a friendly, safe and controlled environment. Instructorsare well presented, approachable, knowledgeable and caring to the individualsneeds. The school is always clean and tidy and they are well organised andstructured. Their tuition and service is of the highest level, this is whatmakes Lynx Black Belt Leadership Academy unique, individual and a school thatstands out in the crowd.It is hard to see why you would want to be anywhere else!

Why should a martial arts Instructor have one. A CRB check

What is the CRB? Why should a martial arts Instructor have one.Ask to see your Martial Arts Instructors CRB check. Would you allow your child to train with a Instructor with a criminial recordThe Criminal Records Bureau (CRB), an Executive Agency of the Home Office, provides wider access to criminal record information through its Checking service. This service enables organisations in the public, private and voluntary sectors to make safer recruitment decisions by identifying candidates who may be unsuitable for certain work, especially that involve children or vulnerable adults. The CRB was established under Part V of the Police Act 1997 and was launched in March 2002.Prior to 2002, access to police checks was mainly confined to organisations in the statutory sector for staff who had &lsquo;substantial unsupervised access&#39; to children. There were many other organisations that could not access these checks and yet had staff with similar access to vulnerable groups. The CRB enables many more organisations to access these checks as part of good recruitment practice.Organisations wishing to use the service can ask successful job applicants to apply for one of two types of check. The type of check required will depend upon the nature of the position. These are called Enhanced and Standard Checks, both require a fee but are free of charge to volunteers.The Rehabilitation of Offenders Act 1974 (ROA), (Exceptions) Order 1975 acts as the gateway for access to the CRB checking service and lists those occupations, professions & positions considered to be exempt from the ROA provisions designed to protect individuals from unnecessary disclosure of their spent conviction history. Consideration of this Order must be given before an organisation submits any CRB application request in order to determine whether a relevant exempted question is being asked. The Order allows for applications to be submitted to a Standard level.To qualify for the higher level of CRB check, Enhanced, the position must also meet one of the criteria set out in The Police Act 1997 (Criminal Records) Regulations. These positions are known as "prescribed positions" and reflect the statutory requirements from other organisations. e.g The Gambling Commission has a requirement that all applications to hold an operating licence require inclusion of an Enhanced CRB check. Persons who work in Regulated Activity with Children or Vulnerable Adults work in a prescribed position.Direct from .gov site supportted By Andrew Blinston Master Instructor Lynx Black Belt Leadership AcademyMartial arts,karate,kickboxing,Tai chi, wing chun Balby, Doncaster, Sheffield, Retford

The President of Lynx Black Belt Leadership Academy is Master Andrew Blinston. He has been training in Martial Arts in Doncaster for 32 years. Master Blinston began his Black Belt Martial Arts Leadership training when he was 11 years of age and earned his Black Belt before he was a teenager. When he was 16, he completed his certification program to become one of the youngest martial arts Instructors in the United Kingdom. 26 years later and he is considered by his seniors to be one of the best instructors in the country. Master Blinston places an emphasis on helping his students and their families learn together. Master Blinston will be graduating for his sixth Dan; he has accumulated points throughout competitions to make him a World Champion. He is the best. You have a lot to look forward to. All our instructors are professionals who have been developed to offer the highest quality instruction. Every member of our instructor team is approachable, caring, and possesses a true love for teaching martial arts. After taking just a few lessons, you will see why Lynx Black Belt Leadership Academy is Doncaster and Retford choice for martial arts.Martial Arts, Karate, Kickboxing, Taekwondo, Kungfu, Tai Chi and Self Defense for Adult&amp;#39;s and children in Doncaster, Retford, South Yorkshire and NottinghamshireCall Today For Your Free Complimentary Visit at our Doncaster and Retford School Already Hold A Black Belt In Martial arts, Looking for a Martial Arts Career Call 01777 700252

"Lynx Black Belt Leadership Academy is dedicated to the highest quality of martial arts training in Doncaster and Retford. We are committed to continually enhancing our program to address exercise, drills, safety tips and a realistic approach to adult and kids self-defense " We "Build Confidence Through Achievement" and provide an environment conducive to positive relationships, self-discipline, self-confidence and self-respect." Lynx Black Belt Leadership Academy offers a variety of Martial Art

Lynx Black Belt Leadership Academy visited Richmond Hill and dilivered a free martial arts Leadership class. We were very pleased with the quality of the classes, which were well organised and well led by Master Blinston, resulting in the children attending a after school martial arts and Leadership club 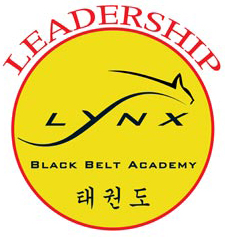