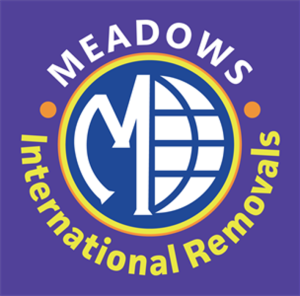 Meadows International Removals is Scotland's Shipping Specialist We have been helping students, individuals, families and businesses move and ship items worldwide for over 20 years. Based in Edinburgh with world-wide shipping contacts, Meadows International Removals can help you ship excess baggage, move auction purchase, ship antiques/special items, relocate household contents or ship business consignments virtually anywhere in the world to or from Scotland.

Do not use it

The worst company I had to deal with. Paying 60% more than the agreed initial price and also the man, David, to say its a small cost. He kept adding more and more costs and I am afraid as long as you choose the company you dont have many other choices than paying.

Avoid at all costs

We received a good quotation from David at Meadows International Removals. He quoted us 30 pounds per tea chest box to Prague in the Czech Republic, delivery would take approximately 10 days from initial pickup of the goods. This is where the problems began 1. Pick up van came a day earlier than we were told so that we had to finish packing in a hurry. 2. We then received a bill that was nearly triple what we had been quoted, on calling David about this he did not want to discuss this and was evasive and he&rsquo;d change the subject. It took 7 days for him to invoice us after the pickup so little chance of us receiving our goods in 10 days. Obviously we are now abroad and our goods are in Meadows warehouse. So we had little choice but to pay up to get our goods delivered. 3. After payment it was a further 9 days before our goods were delivered. 4. On receiving our goods, items (weightlifting weights) which we had been promised would be boxed by Meadow, had been thrown on top of our other boxes and just cling filmed in place. Only the fact that we had carefully packed our own boxes meant that we suffered no damage. I would not recommend this company to anyone but my worst enemy; they do not keep their promises and then rip you off once they have your goods. Avoid.

I would not recommend Meadows to anyone

I would not recommend Meadows to anyone. My husband and I hired Meadows to move our belongings from Dundee to the US. They quoted us a fair price and offered to keep our boxes in their warehouse for 6 weeks until we had a permanent address in the US. Once we had an address and contacted them to request shipping, they raised the original price by over Â£700. Once our things arrived, one of our boxes had been opened and ransacked, and valuable jewellery was missing. We had purchased very expensive insurance from Meadows, but when we contacted David, he informed us that jewellery was not covered. Several valuable custom frames had also been broken, and again in spite of the fact that we had purchased insurance, David told us he would not cover the cost of repairs because we had not unpacked all of the boxes while the movers were present. We had over 40 boxes and it took us several days to unpack, so the requirement that we unpack while the movers stayed and watched is completely unreasonable. David was most unhelpful throughout the process, taking weeks to respond to emails and phone calls. There is a serious lack of professionalism and no understanding of good customer service at Meadows.