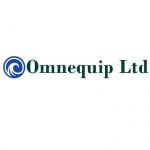 Show me directions to Omnequip Ltd

Michael Kavanagh is the owner of Omnequip Ltd, and is the creator of a Tidal Power System for coastal waters particularly in such as the Mersey and the Severn Estuaries. He also has one for Ocean Mining around Hydrothermal Vents which includes the Extraction of Gas Hydrates. This latter one has been Adapted to use Introduced Heat to Extract the Hydrates found off The Shetland Isles. He holds patents for these. Michael is an engineer with extensive knowledge of marine engineering and has more than 60 years of experience. He is a Freeman of the City of London, a Member of the Chartered Institute of Arbitrators, of Mensa™ and of the Institute of Civil Engineers.

* A simple method of converting the power of the rise and fall of the tide into electrical power.
* It will not pollute.
* It could be as attractively pleasant as a Victorian seaside promenade.
* Within an industrial dock it could utilise the general gantries and lifting arrangements.
* It will create new real estate.

Green power is craved by businesses and governments throughout the world, and any method of creating it is highly valuable. With the Tidal Power System created by Michael Kavanagh, of Bury, Lancashire, you will see the simplicity of taking tidal power while creating Real Estate, floating promenades that may be decorated to create stunning work and play areas.

A basic of the patent is that the floats, and river/estuary sides, are used for any and all of the usual water-side pursuits, including working cargo, repairing and building vessels, as promenades, shopping or leisure centres, workshops, for mounting wind turbines and suspending water turbines. They could even be disguised as islands and used as wildlife centres. Essentially, the concept is that people may be working or playing on the floats without knowing that it is a system converting tidal power into electric power.

National dimensions of a float/pontoon located on the River Severn, the Bristol Channel, or the River Mersey are:- 300m x 110m x 5m, and the draught will displace 203,200 tonnes in fresh water. A mean tide range of 6m will produce 0.0168m per minute, which will give approximately 0.562 megawatts direct from the tide. 400 such vessels would produce 225 megawatts, and even if only 50% of that was convertible, it still creates an abundance of free power. An initial theoretical system would also create more than 1,300 hectares of additional real estate.

The floats may be used to compress gas into receivers to drive generators or alternators in that float and/or others. The generating equipment may be located wherever is convenient for that location, the compressed gas being piped to it.

Each location would be treated individually, and the floats and equipment will be designed to suit its location. The local engineers will be members of the consultation teams to ensure that the aesthetics of the location are maintained as successfully as possible. Also dependent on the location is the material used to manufacture the float, whether it is steel, plastics, or reinforced concrete.

* Combining Ocean mining and the Extraction of Gas hydrates.
* Allowing access to, and containment of, Methane for Liquefying.
* Economical advantages.
*Far less impact on the Environment.
* Supplying the whole world's energy needs for the next 2-3,000 years.

When Michael approached Government regarding the patents, they suggested that he, " form a consortium and then approach them again for funds ". He is currently searching for worthy business partners with the necessary knowledge and expertise to form such a consortium and return to Government so as to realise the full potential of the patents. Both patents are relatively simple, the Tidal Power System could be prefabricated after estimates have been obtained and erected on site. The Ocean Mining and Gas Hydrates one is also quite simple; and the Gas Hydrates lately discovered off the Shetland Isles, (sufficient to supply Britain's energy needs for 300 years), would be a very good proving ground for that aspect of that patent. The Ocean Mining aspect could wait until a suitable location is found.

Leave your review of Omnequip Ltd 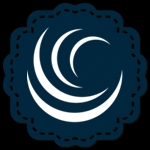 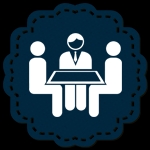 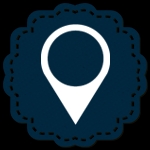