Peter Scarfe is an Oxfordshire born guitarist based in Witney with his own studio from which he teaches his guitar lessons. Peter started playing the guitar at about ten years old and learnt chords and soloing techniques and went on to play with many bands throughout the late 1970s and 80s. From there he went on to play solo classical guitar and studied through the associated board of the Royal Schools of Music.

Peter liked to play sixteenth century music of the likes of Thomas Robinson and Jon Dowland. Peter then studied post grade eight advanced aural training and guitar at the Matrix School of Arts. After playing classical guitar for 20 years Peter went on to teach the guitar in a variety of styles including classical guitar, steel string, acoustic guitar and electric guitar.

Peter has taught many children and adults to play the guitar and many of them are playing in bands and solo up and down the country. Peter's solo performances were mainly weddings and social events and generally just local engagements as Peter has always remained busy with teaching the guitar which is his main involvement.

Peter has been teaching lessons in school since 1990, as well as privately. Once again Peter had a host of artists taught by himself at festivals this year with many at the Witney Music Festival. Peter has produced many recordings of his music dating back to 1990 which he still does today.

I teach the electric guitar to grade eight in all modern styles, rock, pop, blues, funk and metal. Most of the songs we learn will be played to backing tracks which are good practice for keeping in time and good band preparation if that is your goal.
We will cover soloing, chords and general guitar work with theory incorporated. From the basics of how to hold the guitar to playing fast and complex solos. 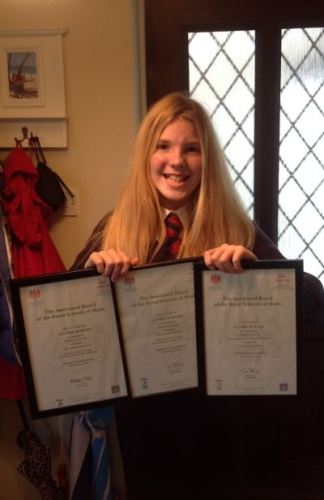 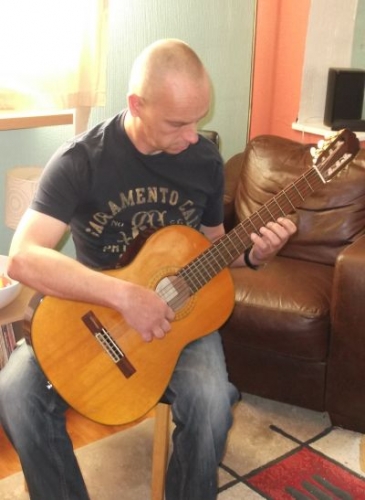 Re-String and minor repairs can also be brought here.