Holiday Parks and Camps in Southport

For over 40 years, our family owned Caravan Parks have been providing holidays and weekend breaks throughout the North-West of England. Offering touring, camping and self-catering holidays including our modern luxurious holiday homes, the unique wigwams, we have something for everyone, whether you choose to take a break on the coastal sands or in tranquil settings in the countryside.

We take pride in our heritage. George Harrison founded the business with only one caravan in 1970. He grew the business steadily from here, extending into the North East and building up his stock to offer caravans for sale from over 32 different suppliers. Then saw the bold move into residential parks seven years later, with the purchase of Cringles caravan park in Silsden. This was followed with other parks in Preston, Hartlepool, Huddersfield and Heysham. A holiday park in Blackpool soon followed these.
Since these early days, we have owned a number of residential and holiday parks all around the North of England. These days, the business is now under the direction of the second generation of Harrisons and is managed by George's three sons: George, William and Robert. The Harrison family, as working directors, have developed the business to its current position of four holiday parks - three luxury parks in the Southport area and a recent expansion into Cumbria. And in recent years the business has grown considerably, culminating in the significant expansion of the sales division.
Harrison Caravan Sales has grown from a small operation which offered static holiday homes for sale on our sites, to now boast 130,000 sq. ft of dedicated display area, showcasing over 200 new and used static caravans, tourers and motorhomes for sale. 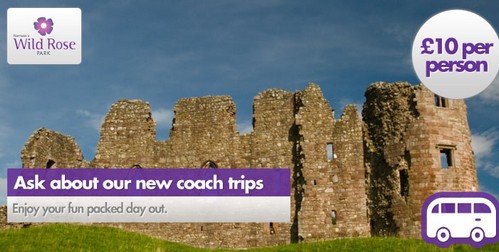