to Urban Wing Chun based in Milton Keynes

Welcome to Urban Wing Chun, based around Milton Keynes with Classes for all ages, fitness levels and abilties. Urban Wing Chun teaches traditional Ip Man Wing Chun with its most Senior Instructor Sifu Peter Mogridge being under the guidance and teaching of Grandmaster Samuel Kwok. We offer friendly classes with a comprehensive grading system to ensure a smooth journey on your way to learning one of the most effective and efficient Kung Fu Systems in the world.

What is Wing Chun?

Wing Chun is a very unique and scientific form of martial arts. Wing Chun is a style of Kung Fu that originates from China, the martial art was later refined in Hong Kong. Wing Chun's specialty is in close contact combat, using quick punches and kicks with a tight defence, coordinated through agile stances and footwork for a quick advance.

The effectiveness of Wing Chun is achieved by well coordinated attacks with simultaneous defence and vise versa. Due to its effectiveness this martial art makes for an effective form of self defence. The student must learn to deliver the correct amount of energy, whilst staying relaxed when possible.

A good Wing Chun Sifu (instructor / teacher) will teach the student to overcome force with positioning and turning rather than meeting it head on. The style uses kicks, sweeps, palm strikes, punches, trapping and control techniques as part of its fighting arsenal.

There are many different parts to the Wing Chun system. Learning this style of Kung Fu requires knowledge of Chi Sau, the hand form, the weapons and dummy forms and sparring.

Unique to Wing Chun is "Chi Sau" (or Chi Sao), a form of training to help develop and put into practice your techniques and theories you learn during your training. Chi Sau teaches and helps the student to develop a responsive reflex, along with good position, how to overcome your opponents strength, correct usage of energy and taking advantage of the shortest possible distance between you and your opponent. Chi Sau will also help with sensitivity, or "reacting to feeling rather than sight". In addition to this Chi Sau helps students learn to react to unpredictable movements as there is not set of predefined movements.

Pictured in the Gallery is Grandmaster Ip Man (sometimes referred to as Yip Man). Ip Man taught many famous martial artists & Actors in hollywood including the late Bruce Lee,Other Actors that practice are James Coburn, Steve Mc Queen, Robert Downey Jnr, Nicolas Cage,Christian Bale, Donnie Yen (Played Ip Man in the films) to name a few . The other photos are Ip Man's sons Grandmasters Ip Chun and Ip Ching, and their student, Samuel Kwok. This linage can trace its history back to the origin of Wing Chun.

It was Ip Man's dream to make the Chinese martial art Wing Chun, a well respected fighting system around the world, and through tuition by his sons, Samuel Kwok has played his part over the last twenty five years. Sam Kwok has helped bring Wing Chun to the forefront of Martial arts practice today. Grandmaster Kwok has wrote a couple of great Wing Chun Books and made many Wing Chun Videos and DVDs which help students across the world improve their Wing Chun. There are many Wing Chun schools and instructors up and down the United Kingdom, as well as across Europe, in Denmark, Germany, South Africa, Australia and the United States to name a few. Many of the Sifu's at these schools owe a great deal of their understanding of the art to the influence of Samuel Kwok's teaching of traditional Ip Man Wing Chun

Urban Flexi Program: book in weekdays at a time that suits you too train
2 hour notice required & prices are the same as private 121 sessions

Private one to one lessons available

Urban Flexi Program: book in weekdays at a time that suits you too train
2 hour notice required & prices are the same as private 121 sessions

Sifu P.Mogridge has qualified and has been awarded:

As a member of The Samuel Kwok Wing Chun Martial Art Association.

I have been a private wing chun practioner for years under a couple of other Sifu's and have changed to Sifu Peter Mogridge about 9 weeks ago, all I can say is outstanding wealth of Knowlege on Traditional Ip Man Wing Chun, and so affordable i can have 3-4 hour sessions with him at a time, thank you and big respect

Hi My names Anna, I started at Urban wing chun recently about 4 weeks ago, as a woman its always a bit scary to go in a new club and enrol etc, but just to let everyone know it was a lot better than i thouight, great feeling of acceptence, i was made to feel very welcome by Sifu Peter and fellow students, thank you for your help, and im loving the Wing chun concepts and philosophies, see you all next session Anna. B Monkston

I didnt even know who Ip Man was, Bruce Lees teacher, Yup its strange, the man is a legend, Urban Wing Chun, teach taditional Ip Man wing chun, this clus is superbly awesome, what a fighting system, everythings for a reason and the more i do the more i want, its so addictive in a great positive way, :) the best club in MK

Just what i have been looking for and i found it at Urban wing chun, plenty of times to train, a great sifu will an imense amount of info on wing chun and the backinging of the biggest wing chun organisation in the world, nice, see you again soon james sinfield

Superb club, great people, have found it easy to fit in and make friends, and whilst getting fit and enjoying learning something new. :)

Wing Chun, One for the Girls,

Hi, My names Jess, i have been training in Wing chun for 7 years and have recently moved to Broughton in Milton keynes and tried a few clubs in the Milton Keynes area, quite a few instructors obviously hadnt grasped the true concept of Wing Chun, Until I walked through the doors of Urban Wing at Kingston gymnastics centre on a Wed, i was blown away with how professional it was, the knowledge that Sifu Peter has not only in Wing Chun but other martial art systems which is great when training and comparrasons can be used, the friendly welcoming enviroment, especially being a 27 year old woman walking into a new class, pure brilliance and the added bonus of being under a recognised Ip Man lineage with my sigung , being the legendary Grandmaster Samuel Kwok, Result, Well Recommended to all. check out Sifu Peters website Thanks see you all soon JP. MK

THE BEST CLUB IN MILTON KEYNES

I have been training at The Urban Wing Chun Kung Fu school for nearly 9 weeks and have found it absolutly fantastic, its always a bit daunting starting a new club, but i was welcomed with open arms not only by Sifu Peter but the rest of his students too they were all so nice and willing to help with no egos and nothing to prove, such a refreshing change to meet some truyely genuine lovely people, plus im learning to kick butt, result, Wing chun has really opened my eyes to martial arts, i used to do karate and never found the confidence that i found in this, it really works amazing... thanks all Diago Sanchez

What a fanatastic club, a great combo of mixed martial arts, karate , kung fu etc loved it will deffo be back next week 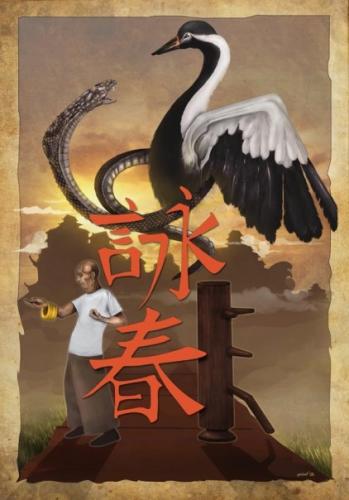