Show me directions to Vip Taxis

Private Hire taxi company that aims to provide fast friendly reliable service that is reasonably priced for all.

I used VIP Taxis to and from Manchester Airport, taxi arrived on time, driver was very polite and helpful, and on my return the taxi was waiting for me as I walked out of the Terminal. fantastic service would recommend you guy's to anyone .

This was the best money we spent the entire trip

This was an excellent tour and most certainly worth it. It was great to get our bearings, allowed us to see some things that we were not going to actually visit and many things that were interesting

Lovely courteous driver and it was such a delight to have a female driver too - her name was Lucy - very pleasant girl. After our lovely evening in Marple we had too many people for the taxi, so Lucy very kindly said she would make two journeys. Will definitely use this service again.

Courteous driver, lovely new car, seemed to be a very cheap fare for such a long journey (Little Hulton to Stockport and back again later in what was a tumultuous day). Many thanks to Carolyn and her company.

Can't express my thanks to these guys enough. My girlfriend and me are currently without a car and we took the train up to Chinley today and then a taxi over to Hayfield to start a day's walking up on Kinder Scout. We had fantastic but tiring day and getting back to the pub in Hayfield it quickly became apparent that there wasn't a chance in Hell we were getting a taxi back to Chinley to catch our train back to Manchester. All the local (local??) taxis appeared to have only one driver and none of them could be arsed coming out to take us the three and a half miles back over the peaks. All the rest couldn't be arsed driving all the way to Hayfield for such a short fare..... I tried over 15 taxi companies and it slowly started to dawn on me that we would be spending the night in a local town for local people â€“ if we could manage to get a room! And we were both supposed to be working in the morning too, nightmare. The prospect of walking the distance up the A roads was beyond us both at this point, footsore, sunburned and exhausted as we were. As a last ditch attempt we called VIP in Marple, a Manchester dialling code, really not hoping for anything....... What can I say? The guy on the phone (cheers Steve!) was polite, understanding and did everything he could to help, he had a cab out to us in less than 20 minutes. And it had tiger print seat covers. Boss. The fare was cheap too. We arrived at the station 5 minutes before the train was due and were soon on our way back to Manchester. So the conclusion of this review is, if you're in the Marple area, or anywhere within reasonable distance, and you want a badass taxi..... call VIP. Word.

We've used these guys since they started out - all I can say is that Marple should've had this firm years ago. Great to have a reliable firm in the town !

got collected from manc airport to marple, i had a very long flight. Taxi driver who collected me was a driver called Mike, he made me feel relaxed and at ease. keep up the good work hope all yr drivers are like that as i have many cliants who need cabs

Leave your review of Vip Taxis 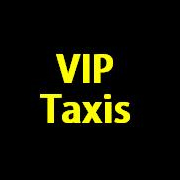