W Sherry & Sons was founded in 1850, and has been run by the Sherry family ever since. The company is currently under the direct control of the fifth, sixth and seventh generations, Robin, Neil and Brooke Sherry, respectively.
In December 2015 the company secured the purchase of JR Barton & Son Funeral Directors to complement their existing service in the West London and surrounding areas. The company now has nine branches in total.
We are founder members of the National Association of Funeral Directors, and are part of SAIF - the Society of Allied and Independent Funeral Directors, set up to promote the benefits of, and to act for the smaller family run business, as opposed to the large nationally and internationally owned funeral groups.
We are the appointed Funeral Directors for the London Boroughs of Ealing, Hillingdon, Hammersmith & Fulham, Hounslow, Harrow, Westminster and Kensington & Chelsea local authority funerals.
Because we are part of your local community we understand the needs of your community. Just as you do, we turn to our local firms for services and products - people we know we can trust. We also support local charities and community organisations, whenever possible.
We are part of your community - treat us as family - we will always be here when you need us. 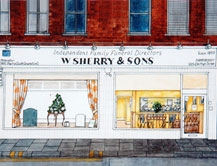 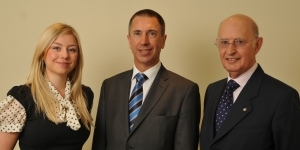