Benchmark Chauffeur Driven Cars became operational in 1994. The company was established to fulfil a requirement for a chauffeur driven car company which would maintain the highest standards of service, punctuality and reliability.

Operating from Boston Spa in West Yorkshire, we are strategically placed in the centre of the 'Golden Triangle' of Leeds, York and Harrogate, where we have grown to provide a complete service to executives, celebrities and the private sector.

In 1998 we became a founding member of Yorkshire Limousine Services; an organisation formed by several like-minded companies to set the standard for the chauffeured car industry in Yorkshire. This organisation has grown to become the National Limousine & Chauffeur Association, of which Benchmark Chauffeur Driven Cars is still proud to be a member.

All the vehicles provided by Benchmark Chauffeur Driven Cars are maintained to the highest standards and are driven by professional uniformed chauffeurs.

We are committed to providing the best service, at the best price. 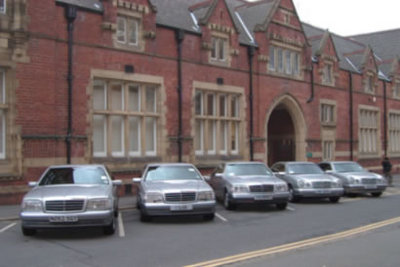