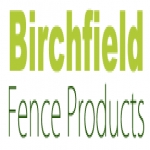 Fence and Gate Suppliers in Manchester

Our Story
Birchfield Fence Products of Manchester, Lancashire, are quality fencing manufacturers and installers. We offer good quality products at the right prices, and also supply very quickly. Our client base includes domestic and commercial customers, as well as local tradesmen.

The fencing suppliers at our company have more than 20 years of experience in the business, and have all worked with us for a long time. We get a lot of work through referrals and word of mouth recommendations, which speaks volumes about the high quality of work that we offer.

Commercial Fences
Protect your business interests with durable and long-lasting commercial fencing. Our installers are all highly experienced and we never sub-contract.

We had used Birchfield fencing before and they had done a good job. We needed them to sort out a panel which had broken and posts which had moved. The man who came to give us a quote we assumed to be very knowledgeable and he said that resetting 3 posts and replacing one panel would fix it. On the day, the labourer said that really we should have been quoted to reset all the posts in the fence , but only after he had finished the job. The new panel would not sit properly in the post and they used batons to wedge it in. As the weather over the next few weeks was very dry, the panel started to shrink and the batons came loose. We rang and asked for them to come and reset the 3 posts as we felt the job hadn't been done properly. My husband took another day off work for them to come, phoning the day before to ask about arrival time. He was told between 9 and 11. The next day after phoning 3 times and explaining he had taken a day off, they finally arrived at 4.40pm! The labourers said that all 3 posts had been reset properly and that they had done the job that we had been quoted for. They refused to do anything else, saying that they just do what the quote says. My husband phoned the office and spoke to the guy who quoted us and was told that we should have asked for a quote to reset all the posts. When you employ experienced fencers to sort out a problem you expect them to advise you on what needs to be done. The advice we were given was 3 posts., when in fact it should have been all 5. We will not be using this company again and will now have to employ another company to sort out their inadequacies and take yet another day off work!! My overall rating is zero stars but that is not a choice! Don't use this company unless you know exactly what you want and don't need their advice.&#128534;

When I telephoned and asked for my mid-morning appointment for a quote to be changed to a different day I was told they would come between 8am and 12am. When I politely asked if they could be more specific about the time, allowing that the original appointment was for mid morning, the 'phone went dead. Giving him the benefit of the doubt, I rang back and asked if he intended to hang up on me or if it was an accident, he said that he deliberately put the phone down on me. Not even got a quote and that's the attitude. Disgusting. They don't deserve new business.

cheap but terrible - don't use tham

Don't use - cheap but terrible

Used them 2 years ago - instead of putting in all posts with propper concrete and letting it set , they installed one panel at a time and put in bricks etc to support posts. they even put the fence over a grid. Now 2 years on despite me treating the fence myself it is warped and starting to fall apart

Thanks for transforming our garden, the fencing, gates and concrete posts make the outside look huge. Job well done!

John at Birchfield did a great job with his team at erecting our fences and wooden gates. It has made a huge difference to our garden.

We are really happy with our new. fencing supplied by Birchfield Fencing, they are a very professional company and would recommend them to anybody.