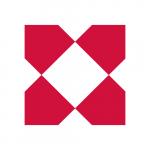 Your partners in property for 125 years

Knight Frank opened in Guildford in 1984 and is firmly established as the leading global property partnership. The Guildford office covers a prime area of Surrey from Farnham in the west, Reigate to the east, Chobham to the north and Grayswood to the south. Within this area are the towns of Dorking, Woking, Godalming, Cranleigh as well as the Surrey Hills and the North Downs.

We sell all types of houses and flats from new build luxury town centre apartments to pretty country cottages, family houses and farms and estates: view all our properties for sale in Guildford. There is no such thing as a typical property for sale. Surrey is a very diverse county that over the centuries has gone from being wealthy to poor and back again and this is reflected in the architecture. In the areas that we cover, there is an abundance of 15th and 16th Century houses built when the county was full of wealthy merchants. The most popular style of house, for most buyers, is Georgian and there is a notable lack of pure Georgian houses in our area, due to the fact that the county was going through a â€˜poorâ€™ phase during this era. Between the wars and post the arrival of the railway during the Industrial Revolution, there was a surge in house building resulting in many houses being built in the Surrey vernacular which typically involved leaded windows and tile hanging.