Show me directions to Micky the Magician

About Micky The Magician

Mickys' interest in magic started when he was 8 years old, when an uncle made a hanky disappear inside a box. A simple effect, but it opened up a whole new and fascinating world.
At 16, he was regularly performing childrens shows, and 30 years later, he still is. He has performed in many situations, from birthday parties, to corporate shows, from inside private houses to being in the middle of a park surrounded by 200 children. Because of his magical way with children, Micky is one of Kents' busiest childrens entertainers.
He never did find that hanky.
Micky is fully insured and has had the relevant police checks, copies available on request.

Leave your review of Micky the Magician 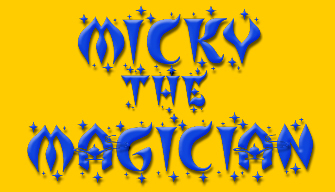 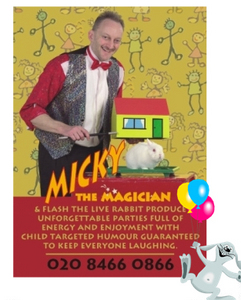